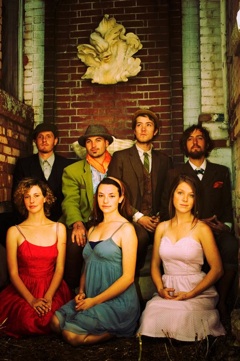 Indie music has contrarian tendencies. While the mainstream luxuriates in one corner (straightforward lyrics, singing on-key, defined melody, and irony-free guitar solos), it’s almost guaranteed that the underground will uplift in the opposite (cryptic verbiage, animal yelps, free-form noise, and irony worship).

Thus, at its most extreme, the indie qualifier becomes code for contextual argument over genuine expression. But it’s also possible for an indie band to be just plain likeable.

Though Denver’s Paper Bird is not signed to a label and projects a certain Bohemian chic, their sound is far from exclusive. It seems made to melt your heart through your ears.

The group was literally formed in a cabin way up in the Rockies, and they earned their chops busking on the streets of Breckenridge. They sound like a Colorado revelation: soulfully warm and jazzy female vocals hugged by outdoorsy, unplugged atmospherics.

As for this evening: Take this fine opportunity to expose visiting family and friends to some fantastic up-and-coming homegrown music.