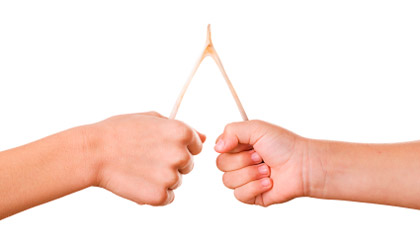 Immediately after college graduation, I moved to Spain, a country where food and wine reign, and conversations about dining are more common than those about the weather. Given this dining climate, I wasn’t surprised to learn shortly after my arrival that at my town’s eating clubs–public kitchens for cooking and dining–two topics were forbidden: politics and religion. Since George W. Bush was extremely unpopular in Europe at the time, I couldn’t have agreed more heartily with this rule. Years after Spain, on the verge of a new president, I continue think that politics are better suited for afternoon coffees and beers at the bar than the dinner table, especially when there’s a difference of opinion. I hate to see a brothy coq au vin or delicate crepes forgotten, or even dismissed, as guests fire off criticisms about Bush’s economic policies or get riled up about Obama’s potential cabinet choices. A meal, especially a dinner party, should prioritize food and company. And there is no other meal for which that’s truer than Thanksgiving, the one U.S. holiday on which nearly the entire nation shares the same meal–golden turkey, buttery mashed potatoes, cranberry sauce–and families fly across the country to be together. Such a meal–filled with tradition, love, and endless hours of cooking–should certainly be devoid of politics.

But with Obama’s inauguration less than two months away and talk of Palin’s promising future with the Republican party, this year Thanksgiving without politics seems almost as anti-American as leaving cranberry sauce or pumpkin pie off the menu. How can we celebrate our country’s past without acknowledging its future? Helena Echlin, of Chow’s “Table Manners,” an advice column about how to handle dining’s most difficult situations, believes that politics, if carefully handled, can be broached at the table. Alcohol and anger, though, should be moderated, and all conversations approached with an air of curiosity, not hard-nosed determination. The Huffington Post’s Anna Post, and the great-great-granddaughter of etiquette guru Emily Post, says as long as your table politics stick to the facts, and you’re willing to drop a downward-spiraling conversation, feel free to talk away. In this politically heightened year, if we put this advice into practice, is it okay to discuss matters of state at Thanksgiving dinner?