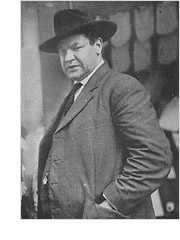 On Election Day 1902, Colorado voters approved a constitutional amendment that cleared the way for the legislature to limit the workday to eight hours in hazardous industries, such as mining and smelting. It was a victory for the state’s unions, led by the Western Federation of Miners and its no-holds-barred chief, Big Bill Haywood.

That same day, Haywood and some colleagues toured some polling places in Denver before stumbling upon an open saloon, operating in spite of a citywide closure of taverns for the election (lift a glass that bars aren’t shuttered on the first Tuesday of November these days).

Inside, the group exchanged heated words with some politically connected poll watchers before a police captain’s nephew clubbed the union leaders with his revolver. After being struck, Haywood drew his .38 Colt and shot the man three times in his arm.

“If the United States has ever approached outright class war, it was probably in Colorado during the first years of [the 20th] century,” wrote J. Anthony Lukas, in his exhaustive history, “Big Trouble.”

More than a century later, union bosses and business proponents didn’t trade blows or bullets this election. But the battle over ballot measures, meant to alternately favor labor or corporations, cost $30 million, and the positions of each side are worth considering through a historical lens.

Three anti-labor initiatives, Amendments 47, 49 and 54, all aimed to limit the power of unions. Amendment 47, in particular, would have prohibited mandatory union membership and made Colorado a “right-to-work” state.

Four other measures sought to reign in corporate operations, including initiatives that would have made executives criminally responsible for their company’s actions and mandated companies to provide health insurance for employees.

An October accord between some business groups and labor interests led to the four anti-corporate measures being withdrawn from voters’ consideration. In exchange, the business groups agreed to back off support of Amendment 47 and the anti-labor proposals.

Furniture czar Jake Jabs and Jonathan Coors were among those who didn’t give up their push for the right-to-work measure, claiming unions have grown too strong in Colorado, especially with Democrats running the state government. Alas, voters shot down Amendment 47 and one of the other anti-labor initiatives; Jabs has vowed to keep pushing the issue.

So what would Big Bill have to say about the current state of labor-business relations and the slate of amendments?

“Haywood was not a fan of political action. He was an ardent supporter of direct action and strikes,” says Thomas Andrews, an assistant professor of history at University of Colorado, Denver. “This election would’ve confirmed [for Haywood] the uselessness of politics to really improve their lives. This would’ve driven him crazy.”

Andrews says more radical labor leaders, such as Haywood, would view this year’s election as part of an ongoing pitched battle to gain rights for workers against captains of industry. After all, despite the claims of Jabs, unions have been on a downward trajectory in the state for decades.

Colorado has rolled back the power of unions since the closing days of the state’s labor wars, Andrews says. Labor has waned in strength since the era after World War II, when industrial production slowed while manufacturing in the state never really took over to create new union jobs.

“If you listen to the rhetoric saying unions are becoming too powerful, it’s a wash for me,” Andrews says, “because labor is so comparatively weak in this state, compared to California and New York and some other states.”

“Business interests have continued to tilt the field in their favor, legislatively,” he adds. One case in point is the state’s workers’ compensation rules, which are weak relative to those in other states.

Just as businesses split this year on their stances over right-to-work rules, last century’s labor movement was diverse in its positions. Big Bill Haywood, as a larger-than-life figure, wasn’t the only voice for labor. And the October compromise wouldn’t have lost the support of all union leaders.

“For the majority of the labor movement, like the United Mine Workers and the American Federation of Labor,” Andrews says, “this type of cooperation between capital and labor was widely practiced.”