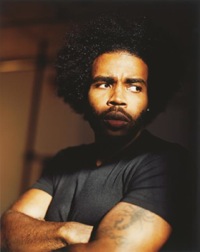 There are reasons why NYC M.C. Pharoahe Monch is not as tip-of-the-tongue with Colorado hip-hop audiences as comparably talented contemporaries Talib Kweli and Mos Def.

Besides two Denver shows in 2007, including Rock The Bells, Monch hasn’t toured through here since the late ’90s. And a long eight years passed between Monch’s solo debut, Internal Affairs, which featured the hit “Simon Says,” and last year’s Desire.

While it must have been hellish for Monch to be away for so long (stalled record label deals were a major culprit), Desire bears the kind of artistic fruit that might not have grown without the extended hiatus.

Monch, a hip-hop elder in his mid-thirties who formed one half of the influential underground duo Organized Konfusion with Prince Po, underpins his lyrical gymnastics with hard-earned wisdom and inspired morality.
While his themes often tend toward backpack rap, there is nothing trite about Monch’s approach. His imaginative narration keeps his anti-gun tale, “When the Gun Draws,” compelling. His protagonist is the bullet itself: “When I kill kids they say, â€˜Shame on me’/who the f**k told you to put they names on me?'”

Monch’s favorite target, however, is the hip-hop status quo–the endless machismo, the bling without soul, the money worship, and the labels. He attacks it all with smarts, playful irony, and multidimensional meanings that can take a few listens to pin down. From Desire‘s title track: “I’m a slave to a label but I own my masters.”

But for those who are turned off by entertainers who mix preaching with pleasure, Monch knows how to have a good time, too. Watch him channel Elvis and Tom Jones and listen to him diss Lindsay Lohan and Nicole Richie over Amy Winehouse’s “Rehab.”