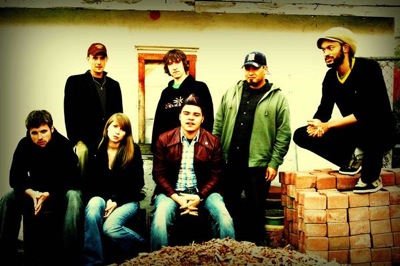 In the local pop music community, no time is better than New Year’s Eve for ecstatic hometown concerts. Most big-name national acts are back in their respective cities, and snowy Colorado, especially in late December, can be an inconvenient place to travel.

So, Front Range bands that have become big names themselves hold triumphant homecoming gigs, and the opening slots for these packed shows are doled out to hungry up-and-comers.

It’s a great time for the bands, their rabid fans, and a ripe opportunity for music lovers who’ve missed out on a particularly strong year for new Colorado talent.

The Denver-based Flobots had a remarkable 2008.

Their debut album, Fight With Tools, has sold a quarter of a million copies, and their lefty message has reached a surprisingly diverse audience. They opened for riot-prone Rage Against The Machine at the Democratic National Convention in August, but they’ve also caught the attention of more politically benign outlets like NPR’s “All Things Considered” and Colorado-based live radio broadcast etown.

The Flobots are spreading their New Years’ performances over three consecutive nights at the Gothic Theatre. Monday night includes openers Paper Bird and Dualistics. Tuesday, they’ll be playing with The Heyday and Hello Kavita. And Wednesday they’ll be joined by Kinetix and Mike Friesen’s Punch Out!.