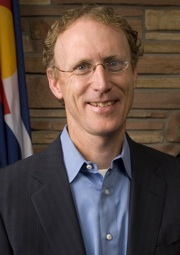 Shaun McGrath, Boulder’s mayor, will be President Obama’s deputy director in the Office of Intergovernmental Affairs, where he’ll be responsible for working with the nation’s 50 governors on a range of policies, reports Boulder’s Daily Camera.

McGrath will resign as mayor at the close of a city council meeting on Tuesday, and he and his wife, Becca Heaton, will pack up and move to Washington, D.C.

McGrath, 48, tells The Denver Post he will create a dialogue between the states and the federal government while advancing the president’s priorities and agenda, adding “this is very exciting” and “very daunting.”

McGrath was first elected to the city council in 2003 and chosen to be mayor in 2007. He was also program director for the Western Governors’ Association, a nonprofit organization, where he oversaw programs on the environment.