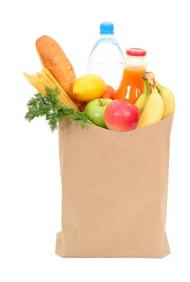 I’ve always enjoyed throwing dinner parties: poring over cookbooks, then strutting the aisles of a grocery store so that later I can stir brown sugar into pecan bars and sprinkle blue cheese over salads before sitting down to dinner with a group of friends. But last year at this time, when the city’s newest restaurants (Fruition, Osteria Marco) were playing with ingredients like duck prosciutto and housemade burrata, getting friends to gather for a dinner party–instead of fancy cured meats–was like suggesting to a date that you watch a made-for-television movie instead of heading to the multiplex. But since October, I’ve noticed a recent surge in the acceptance of my dinner party invitations. I had a packed house for holiday cocktails and another for New Year’s Eve. Even last weekend a small group of us gathered for warm chili and crumbly chocolate cookies. The economy may be out, but dinner parties are in–which means my Saturdays are looking better all the time. And I’m not alone. Although the downward-spiraling economy has forced many foodies to cut back on their indulgences (imported cheeses and expensive cuts of meat), for many others, the recession is allowing them to live it up.

Connoisseurs of cheap wine can now safely admit that they love a robust Merlot, like Black Box, poured straight from a cardboard carton. Lovers of fried eggs, egg salad sandwiches, and poached egg salads don’t have to scramble for a cheap protein substitute. And since desserts never go out of style–not even during a recession–those with an insatiable sweet tooth always have a date. These foods, though, are only the beginning of a long list of low-cost foodie pleasures. The Nielsen Company, via Chow, reports that beer, dry pasta, seafood, and pasta sauces are also favorites in tough economic times. What foodie pleasures are you indulging during these crazy economic times?