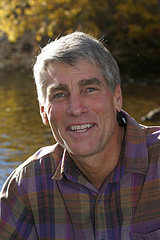 He’s now officially Senator Mark Udall. The Democrat, who was often labeled “Boulder liberal” during his campaign, was greeted by an old friend yesterday in D.C., Republican Senator John McCain from Arizona, who knew Udall’s dad, Morris K. Udall, when he was a congressman in that state. That’s according to the Rocky Mountain News, which noted the changing of the political guard yesterday on Capitol Hill.

Mark Udall’s uncle, “legendary” former Interior Secretary Stewart Udall, 88, was there to provide support for his nephew and his son, Tom Udall, who was sworn in yesterday as a new senator from New Mexico, according to this New York Times blog.

Over in the House, meanwhile, the freshman class is a “diverse but decidedly moderate group,” writes the Times, noting that the Dem who replaced Udall in the Second Congressional District, Jared Polis, is the “first openly gay male candidate and non-incumbent to be elected to the House.” The Grand Junction Sentinel considers Polis among the moderates.