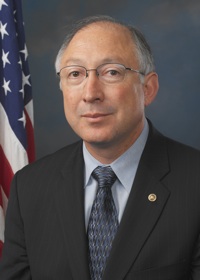 Interior Secretary Ken Salazar scrapped oil-and-gas drilling leases on 100,000 acres of red rock country in Utah yesterday, an indication that it will be harder, perhaps impossible, for companies to work near environmentally contentious lands than it was during the Bush administration, according to The Associated Press, which quotes Salazar as saying the prior administration rushed during its last weeks in office to approve leases “near some of our nation’s most precious landscapes.”

Salazar says officials would take a fresh look at whether to sell the parcels near Arches and Canyonlands national parks and Dinosaur National Monument in Colorado.

Environmentalists and oil-and-gas industry representatives were predictably split over the move, but Salazar explained that his decision was in keeping with the policies of his office, according to Environment News Service.

Why did Salazar give up his seat as a U.S. senator anyway? It’s hard to know, but The New York Times reports that he’s part of a trend in which senators burn out and are tired of always having to raise money for the next election.