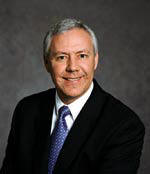 It took decades of “political pressure and legal wrangling” by Mexican laborers who were brought to the United States during World War II. But they’ll finally be able to collect their pension checks, according to The Associated Press, which reports that a settlement in a class-action lawsuit came as good news to Gonzalo Trejo, a 76-year-old granddad from Texas who earned money as a young man during four seasons in Colorado’s sugarbeet fields. In sugarbeet country today–Weld County, to be exact–migrants still won’t necessarily find a welcome mat. Local district attorney Ken Buck is politicizing a government program intended to grant today’s immigrants visas for helping to prosecute crimes, according to another AP story. But he’s denying them, saying the cases are closed. In case you didn’t know, Buck is a self-fashioned fighter of illegal immigration. As the Greeley Tribune notes, his latest effort is selling T-shirts that attack the American Civil Liberties Union for a lawsuit it filed over the seizure of tax records of suspected undocumented immigrants, a story picked up last week by The New York Times.