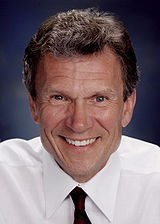 For a minute there, it seemed President Barack Obama’s support for Tom Daschle amounted to same-ol’-same-ol’ political backscratching. But then something strange happened.

Daschle, in a firestorm over his personal taxes, withdrew his name from consideration as secretary of Health and Human Services, and Obama said: “I screwed up,” making headlines around the world, including at Agence France Presse.

As for Daschle, his problems can be traced right back to former Colorado cable television executive/former rancher Leo Hindery, the Denver Business Journal reports. Hindery formed InterMedia, a private equity firm based in New York (with an office in Cherry Creek), and named Daschle, a former U.S. senator from South Dakota, as chairman of the company’s advisory board, providing $1 million and a car and driver.

But, doh! The company didn’t issue a 1099 tax form. Daschle was dinged for not properly reporting his taxes, including an $83,333 monthly payment in 2007.

What sort of mess is lurking in your tax return? The New York Times offers tax tips from Allan S. Roth, who runs Wealth Logic, a financial planning firm in Colorado Springs.