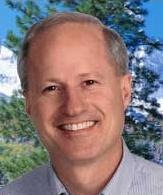 Udall, a supporter, says the bottom line is that it will create jobs as the economy reels from recession, according to CBS4.

Coffman, on the other hand, says there’s nothing to help people who are struggling now.

So what’s in the stimulus for Colorado, anyway? The Denver Business Journal provides a decent breakdown that highlights the 59,000 mainly private sector jobs that will be created or saved.

Workers can now expect $400 each in tax credits, and there’s more than $400 million for highway projects and $100 million for mass transit. There are also some unexpected interesting nuggets like $81 million for weatherization assistance for low-income families.