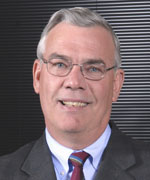 Regional transportation officials now say there is a whopping $2.2 billion deficit for funding rail lines along the Front Range–about $100,000 wider than a year ago, according to the Longmont Times-Call.Â The financial quagmire is dividing metro-area mayors into winners and losers, as the Regional Transportation District scales back the taxpayer-funded FasTracks rail vision.

The Denver Post reports that Broomfield Mayor Pat Quinn, for example, won’t support RTD’s plans for commuter rail to Denver International Airport from Arvada/Wheat Ridge because he worries that if he does, his community’s rail plans might not come to fruition as a result.

In 2004, all 31 members of a mayors caucus backed the FasTracks tax vote. Now the caucus has 38 members, and Denver Mayor John Hickenlooper is urging his colleagues to stay united and to press the feds for a bailout.

As for placing a toll on DIA’s PeÃ±a Boulevard to close the funding gap: That idea is “wildly unpractical,” the mayor tells theÂ Denver Daily News.