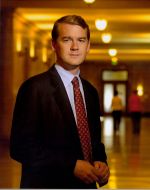 U.S. Senator Michael Bennet knows immigration reform is a controversial topic, but he wants Congress to work on the issue, according to The Associated Press, which offers few details regarding Bennet’s remarks to about two dozen people in a town hall meeting in Alamosa. Bennet acknowledged the immigration issue is difficult and said, “the politics of it are frail right now.” The Economist writes that the United States receives more immigrants than any other nation but is dysfunctional in how it deals with them. Although federal lawmakers have taken on the issue before, opponents, including some unions, have worked to block reform in the past. Yet “Washington may try again,” as a coalition of advocacy groups plan a multi-million dollar campaign to make immigration a priority. Annual May 1 rallies for reform will take place in several cities again this year. Meanwhile, News 13 reports that El Paso County Sheriff Terry Maketa is leasing space in his jail so that federal authorities can hold undocumented immigrants.