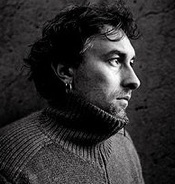 You may not recognize his name, but you probably knowÂ Yann Tiersen‘s music. The French multi-instrumentalist composed the lyrical, Old World score forÂ AmÃ©lie. Since then, Tiersen has diverged from violin melodies and waltzes. Now touring with an experimental rock group, his sound mimics the gritty euphoria of alt-rockers, and while this new style may jar some fans ofÂ AmÃ©lie, the musician isn’t completely changed.

When Tiersen plays the Bluebird tomorrow, he’ll combine the snaking sound of an Ondes Martenot organ with charging guitar and drums, reminding listeners of his knack for melody and his composers’ background.