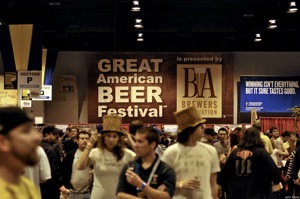 As the recession grinds on, there is good news about beer: If it’s not recession proof, it’s at least “recession resilient.” That’s according to an ABC News blog that quotes Dave Katleski, the organizer of a popular beer festival in Syracuse, New York, as saying, “People tend to drink more during a down economy, oddly enough.”

Keep that in mind when you consider the warm, fuzzy effect Denver’s Great American Beer Festival, which attracts 400 brewers and 46,000 beer drinkers, will have in September. (This year the GABF will be expanded into Denver Beer Fest, featuring a week of beer-related activities.) Then revel in the idea that Denver is welcoming another beer celebration—Denver Beer Week—sometime next spring, reports the Denver Business Journal.

A spokesman for Visit Denver says the city will do everything it can to promote the week and that two celebrations for beer would only boost Colorado’s reputation as the Napa Valley of beer.