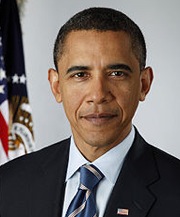 Sorry, Obamamaniacs. The president’s approval ratings are slipping, and Colorado is sitting among the 10 states with the lowest percentages. That’s according to a Gallup poll cited by The Wall Street Journal, which notes a wild geographic fluctuation in the president’s popularity. Obama’s approval rating in Washington, D.C. is a healthy 92 percent, but beyond the beltway, it wanes: from just under 75 percent in East Coast states like New York and Vermont to the lowest, 46 percent, in Wyoming. Colorado, which tends to swing its allegiance between Democrats and Republicans, ranks the prez at 55 percent. So, really, not that bad. But other polls show the president doing worse. Detailed analysis by RealClearPolitics, which points out that Obama’s decline is larger and faster than many other presidents’, including George W. Bush and Jimmy Carter, ranks Obama in the low 50s. RCP dings news organizations like Politico for missing nuances in Obama’s ratings. Meanwhile, Republicans continue to chip away at the president’s credibility following his “beer summit” with a Harvard University professor and a Cambridge police officer, writes The Colorado Independent.