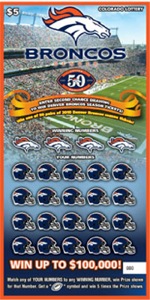 After all the Broncos have been through with Brandon Marshall, the petulant wide receiver came back from suspension to play during the team’s opener in Cincinnati last weekend. But instead of becoming the adult we hoped he would, Marshall has proven once again that he’s a very immature 25 and he apparently hasn’t learned how to act professionally—even if he is pissed off. After a silent spell, Marshall finally spoke with the press again yesterday, meeting The Denver Post and other outlets with a lot of attitude and overtly canned responses to questions, ranging from how he’s feeling to whether he needs to apologize to his teammates for acting like a dick, before a team PR staffer cut him off (examples via Mile High Report). At least one Bronco is willing to accept accountability. Rookie running back Knowshon Moreno tells the Colorado Springs Gazette that he made a lot of mistakes during his first pro action and that he wasn’t prepared for how fast and good his opponents were going to be. Maybe in the end, rooting for this team is like playing the lottery: Every once in a while, you may get something out of it, but most of the time, it’s a waste. And now that the Broncos logo is plastered on scratch tickets, we can associate that kind of loss with our football team any day of the week (via TicketNews.com).