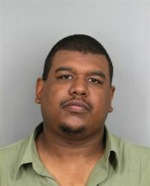 Yesterday’s emotional testimony—about beatings with baseball bats, belts, and extension cords—from the children who lived with Aaron Thompson and his girlfriend, Shely Lowe, only partly swayed the trial’s jurors, who found Thompson not guilty on many of those charges. But, despite the fact that little Aarone Thompson’s body was never recovered and the evidence linking Aaron Thompson to her slaying was scant, prosecutors were satisfied as jurors found Thompson guilty of 31 of 55 counts, including the most serious charge: child abuse resulting in the death of Aarone, his daughter (via The Denver Post). That charge alone carries a maximum prison sentence of 48 years. Thompson remained stoic as the verdicts came, a faÃ§ade he maintained throughout the trial. He was also found guilty of conspiracy to commit child abuse resulting in death and as an accessory to child abuse resulting in death. Prosecutor Bob Chappell calls the verdicts, which came after eight weeks of proceedings, “one step closer to justice” for Aarone, who would have been six years old when Thompson reported her missing in November 2005. Two jurors, who declined to be identified, tell 9News agreement on the most serious charge came relatively quickly. How, exactly, Aarone died still remains a mystery, and conflicting testimony during the trial makes solving it even more difficult, writes The Washington Times, which adds authorities have only a vague idea of what Aarone looked like when she went missing—the only photo ever produced of her showed her in the background of a slightly fuzzy group shot, squinting in the sun.