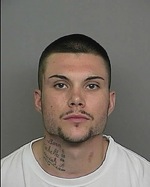 Reading the local papers over the last two days has been a lesson in how communities across the Front Range are dealing with sex crimes. And there appear to be a lot of them. The Loveland Reporter-Herald writes that a man has been arrested in connection with the alleged kidnapping and attempted sexual assault earlier this month of two hikers near Fort Collins. Another man is being held on suspicion of sexually assaulting three teenage girls in Fort Collins after giving them drugs and alcohol, reports the Coloradoan. The man was allegedly roommates with Angie Zapata, the transgender woman who was murdered in Greeley in 2008. A former Longmont man was also arrested recently, accused of using his position at the Christ Our Savior Lutheran Church to have sex with boys as young as 11, between 1991 and 2004, according to the Times-Call. Police say the assaults took place in the church, on church trips, and at children’s homes. And in Pueblo, a 27-year-old man has been arrested in an Internet-crimes-against-children sting for planning a sexual encounter with a 14-year-old CaÃ±on City girl (via the Chieftain). Back in Denver, police are looking for Anthony Bryant, a “sexually violent predator” wanted for failing to register as a sex offender after moving from his last known address, reports Westword. Bryant (pictured) is thought to be staying in hotels along east and west Colfax Avenue.

Meanwhile, the alleged sexual crimes extend into the penal system, where female employees at a private prison in Olney Springs have accused their male superiors of sexually harassing them and putting them in dangerous situations after they complained. According to The Pueblo Chieftain, the Equal Employment Opportunity Commission has settled its lawsuit against the prison, a private institution operated by Corrections Corporation of America and Dominion Correctional Services.