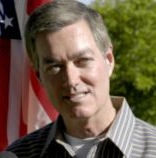 In a new book, political journalist Helen Thorpe writes that former Colorado Governor Bill Owens, a conservative Republican, was sympathetic toward Jesus Apodaca, a young honors student who made headlines when he was refused in-state tuition at the University of Colorado at Denver because his parents had brought him to the United States illegally.

Thorpe, Denver Mayor John Hickenlooper’s wife, writes in “Just Like Us: The True Story of Four Mexican Girls Coming of Age in America” that despite former Congressman Tom Tancredo’s efforts to have Apodaca and his family deported, Owens (pictured) instead quietly helped arrange for one of his biggest political donors to “adopt responsibility” for Apodaca’s tuition.

Owens confirms the account for The Denver Post, but declines further comment or to disclose the name of the Republican businessman who helped Apodaca in 2002. Back then, Owens’ initial reaction to Tancredo was to say that immigration laws had to be “respected and enforced.” But within weeks, Owens says he backed a measure by former U.S. Senator Ben Nighthorse Campbell, which sought to legalize Apodaca’s immigration status (Campbell later withdrew it).

For more on Thorpe, pick up the October edition of 5280 to read Natasha Gardner’s “The Two Lives of Helen Thorpe.” On sale tomorrow.