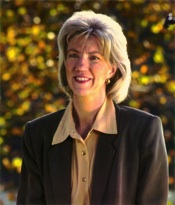 Gale Norton, the former Colorado attorney general who served as secretary of the U.S. Department of the Interior between 2001 and 2006, is under federal investigation for allegedly using her role to benefit Royal Dutch Shell, the oil company that later hired her. That’s according to The Los Angeles Times, which reports that the probe centers on the Interior Department’s awarding of three oil-shale leases in Colorado in 2006 that could yield hundreds of billions of dollars for Shell in the years ahead. At the heart of the investigation is whether Norton violated a law banning federal workers from discussing employment with a company if that company is doing beneficial business with the government. Investigators are also looking into the possibility that Norton played favorites with Shell. A spokeswoman for Shell confirmed the company is aware of an investigation but declined to comment, reports The Wall Street Journal. Norton was also unavailable for comment.

While at the Interior, Norton was criticized by her own department’s inspector general for tolerating too many ethical lapses, such as those involving her deputy, Steven Griles, who pleaded guilty in 2007 to lying to a Senate committee about his ties to convicted former super lobbyist Jack Abramoff. The Colorado land in question is part of a program that gives energy companies the ability to experiment with oil extraction from shale stone, writes The New York Times.