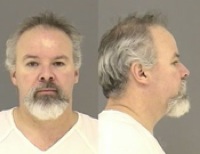 Suspected serial killer Scott Kimball is expected to plead guilty to two murders when he appears in Boulder County District Court tomorrow after being charged with two counts of second-degree murder, according to reports by 9News and the Daily Camera. The 43-year-old Kimball, who was sentenced last December to 48 years in prison on a theft charge, cut the deal to gain immunity from further prosecution after helping investigators recover several bodies. An arrest warrant affidavit made public yesterday mentions several victims, including Jennifer Marcum, LeAnn Emry, and Terry Kimball. Kimball has already led authorities to Emry’s remains in a canyon in Utah and drew a map that allowed authorities to find the body of his uncle, Terry Kimball, near Vail Pass. The remains of Marcum, who allegedly was an exotic dancer and potential witness in a Drug Enforcement Agency case, have not been found, though Kimball told investigators they were near Emry’s. The body of a fourth alleged victim now linked to Kimball, Kaysi McLeod, the teenage daughter of Kimball’s ex-wife, was found in Jefferson County in 2007. As for the charges Kimball faces, one count is for his uncle and the second applies to the three women.