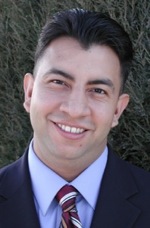 Next month, voters in the Denver area will be asked whether drivers caught without a valid driver’s license should automatically have their vehicles impounded. The idea might be to your liking if you’re the kind of person who wants to see the government crack down harshly on foreigners who just might be residing in the United States illegally. But that’s not exactly how the law has been working, according to the members of Denver’s City Council, who voted 12-1 in a resolution condemning Issue 300 (via CBS4). The initiative adds to an existing law by seeking to close a loophole that gives police officers discretion in which cars to tow and impound. “This targets all of us. It affects all of us. We’ve seen people of all backgrounds have these horrible stories,” says Councilman Paul Lopez, pictured. “It violates our constitution. This is something that sets us up for lawsuits” (via 7News).

In one example from last month, Phil Kaspar was ordered by police to step out of his vehicle and was left to walk home in the middle of the night as his car was impounded. A computer glitch had shown his license was suspended, and he was subjected to a lengthy process in order to clear up the confusion. Although his $2,500 impound fee was waived, he was still without a car for four days and is now in court trying to recover the towing fees. In another case, Airman Brian Furman, an Iraq war veteran, had his car towed, but, after his case received widespread media attention, he was luckily able to raise nearly $4,000 to cover the expenses associated with using an expired Missouri driver’s license (via the Denver Daily News).