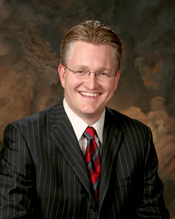 In 2004, voters approved a 0.4 percent metro-area sales tax to complete the ambitious FasTracks commuter-rail expansion. The entire price tag for a comprehensive rail system, voters were told, would be $4.7 billion.

Now, five years later, estimated construction costs have soared—and at a time when sales-tax collections are sagging. The Regional Transportation District now says it will cost $6.9 billion to place 100 miles of new rail lines throughout the region by 2017, writes the Denver Business Journal.

The Metro Mayors Caucus, a hodgepodge of the region’s mostly rail-loving mayors, is considering whether to ask voters for more money next year. If there is a measure, Aurora Mayor Ed Tauer wants a guarantee that any new tax revenue goes into a specific “bucket” to fund lines that, at the moment, have no dedicated funding (just three of 10 corridors do), according to InsideLane.

Tauer’s proposal gets as complicated as one of those military board games with tiny cardboard pieces, but it’s been well-received by most of his peers—with the exception of Thornton Mayor Erik Hansen (pictured), who says, “RTD has put us in an untenable situation that pits one region against each other” (via The Denver Post). His solution? “Start over.”