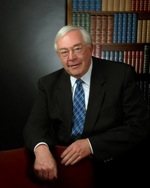 The city and county of Denver had hoped New York-based Seedco Financial Services, a nonprofit organization, would help boost small businesses, nonprofits, and commercial projects in low-income areas by providing loans and expertise. After all, Seedco receives hundreds of thousands of dollars through federal Community Development Block Grants. Now, City Auditor Dennis Gallagher says Seedco has failed to create the jobs that were anticipated and, moreover, has failed to comply with contract rules—perhaps even federal requirements (via the Denver Business Journal). “It seems to me, that three years into the relationship with the city, Seedco performs as if it was a start-up rather than the effective and efficient entity it is supposed to be,” Gallagher writes in a letter to the director of the Office of Economic Development.

He adds that Seedco is actually harming OED’s goals: “Because Seedco has not returned the $146,846 it has owed the city for 10 months, OED is unable to use $500,000 for loans that Seedco has not used. That money is not being put to the use for which it was intended. It might as well have been stuffed in the mattress.” Read the audit here.