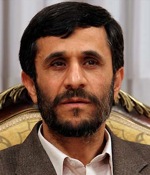 Either Shane Bauer, his girlfriend, Sarah Shourd, and their friend Joshua Fattal are a trio of spies who posed as American hikers in Iran on a botched mission or they’re simply naive. It’s been two months since the three were arrested after allegedly entering Iran from Iraq.

Shannon Bauer, Shane Bauer’s sister, a graduate student in psychology at Naropa University in Boulder, recent told the Daily Camera, “It was very much in character for him to go there. The day before it happened, I got an e-mail from him saying how safe it was. This is a part of Iraq that Western tour groups go to.”

It seems the hikers aren’t really spies, as Iranian officials have alleged. Rather, the three are being used as political pawns in the protracted battle between Washington and Tehran over Israel and nuclear weapons. Iranian President Mahmoud Ahmadinejad said at a press conference in Turkey that President Barack Obama must choose between Israel and relations with Iran.

The announcement came only hours after Tehran’s prosecutor announced spying charges against the three, although Ahmadinejad (pictured) said he hoped the three would not be jailed, while avoiding questions over whether he believed they were spies.

“Unfortunately, these guys have illegally crossed our borders,” he said (via Britain’s Guardian).

Secretary of State Hillary Clinton shot back from a press conference in Germany: “We believe strongly that there is no evidence to support any charge whatsoever.”

Meanwhile, Time points out that the showdown could play into the rhetoric of conservatives in both countries.