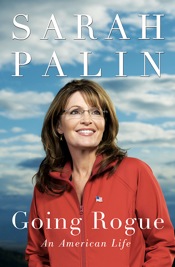 Sarah Palin’s appearance on the “Oprah Winfrey Show” may or may not have put the former Republican vice-presidential candidate on the comeback path, but it doesn’t really matter. Palin’s promotional blitz is just getting started, as her book tour makes its way around the country.

Approximately 1,000 people will receive wristbands to line up with their copies of Palin’s memoir, “Going Rogue,” on December 8 at the Chapel Hills Mall in Colorado Springs, according to the Gazette. If you’re feeling left out, the National Review Online is keeping tabs on the tour’s stops with its Rogue: The Sarah Palin Book Blog.

Although Palin avoided Oprah’s inquiries about a run in 2012, Mother Jones points out that as the tour began, Palin’s political action committee encouraged supporters to pony up $100 for a signed copy.

Of course, the jacket price is just $14.50, but for the curious non-readers, Jezebel has compiled a free hit list of quotes (or “insults”), including some predictable jabs at Katie Couric and Levi Johnston, as well as some unexpected blows (such as the one thrown at animal-loving Ashley Judd).

Is this new wave of media attention keeping Palin on edge? She won’t be taking any chances during a December 2 speech at the College of the Ozarks, from which media has been barred, reports Springfield’s News-Leader.

Additionally, the former beauty queen isn’t too happy about a Newsweek cover that shows off her shapely gams, calling it “sexist” (via the Hill). Newsweek editor Jon Meacham defends the cover to Politico, saying, “We chose the most interesting image available to us to illustrate the theme of the cover, which is what we always try to do. We apply the same test to photographs of any public figure, male or female: does the image convey what we are saying? That is a gender-neutral standard.”