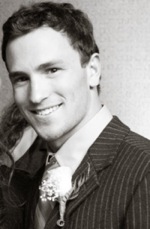 GiftedÂ Colorado skier and football player Jeremy Bloom has announced his retirement, ending his chase for Olympic gold in Vancouver in February 2010. Bloom, originally from Loveland, finished ninth at the 2002 Olympics and sixth in 2006, notes USA Today. He also won overall World Cup moguls titles in 2002 and 2005, and he was the gold medalist in dual moguls and snatched the silver medal in individual moguls at the 2003 world championships. But his talents haven’t been limited to the slopes: Bloom shined at the University of Colorado, where he became an electric kick returner for the football team. He made headlines for clashing with the NCAA over being able to collect money from ski endorsements while playing for the football team and eventually made it to the NFL. Bloom was drafted by the Philadelphia Eagles days after competing at the 2006 Olympics, but he was cut a year later. He landed with the Pittsburgh Steelers, and was cut the next summer. He returned to the slopes, and coaches believed he had as shot at the 2010 Olympic team. Ultimately, Bloom has decided his heart isn’t in it, telling The Denver Post he lost the drive to train six to eight hours a day. He’d rather focus on his Wish of a Lifetime Foundation, which helps low-income elderly people realize their dreams.