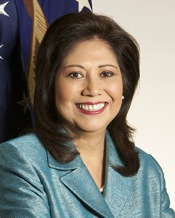 On May 29, 17-year-old Cody Rigsby was sent into a grain bin in rural Haswell because the grain wasn’t moving. But the flow of the grain wasn’t turned off, and another worker lost sight of the boy, who wasn’t wearing any sort of harness or lifeline. Rigsby was lost under the grain and suffocated (via 9News).

His death has prompted the Occupational Safety and Health Administration to leverage a hefty fine of $1,592,500 against his employer, Tempel Grain, for 22 alleged willful and 13 alleged serious violations.

“From safety to wage and hour issues, the company created a hazardous and illegal working environment for its workers. This situation must be addressed swiftly and completely.”

Kelly Spitzer, the vice president and principal owner of Tempel Grain, expresses sympathy for Rigsby, saying the company is reviewing the allegations and “looks forward to an opportunity to resolve all issues with the government.”

The fine against Tempel Grain is the second largest fine ever imposed by OSHA in Colorado. The Wage and Hour Division conducted a separate investigation that disclosed 77 child labor violations involving 15 underage employees and also found 59 workers were due a total of $56,285 in back wages for minimum wage and overtime violations, according to 7News.