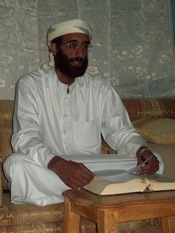 In 2002, the U.S. Attorney’s Office in Colorado withdrew an arrest warrant for Anwar al-Awlaki, a Colorado State University graduate and well-known Islamic cleric, who once faced charges of making a false statement and passport fraud. The decision not to pursue the warrant possibly prevented al-Awlaki’s prosecution and has come to light because al-Awlaki was in communication with U.S. Army Major Nidal Malik Hasan prior to the psychiatrist’s shooting rampage that killed 13 at Fort Hood, Texas. Investigators have recovered numerous e-mails between the two on Hasan’s computer, reports The Denver Post, which notes al-Awlaki is now in Yemen, where he has praised Hasan’s deeds but has also denied that he pressured Hasan to carry out the shootings. Al-Awlaki, born in New Mexico, made authorities’ radars after attending CSU on a foreign-student visa, claiming to be born in Yemen. He slipped through the hands of authorities at JFK airport in New York in October 2002; he was briefly detained, but released after authorities realized his federal warrant in Colorado had been dropped. The decision to cancel Awlaki’s arrest warrant has outraged members of a federal Joint Terrorism Task Force in San Diego, which was monitoring the imam. “This was a missed opportunity to get this guy under wraps so we could look at him under a microscope,” an unnamed former government agent tells ABC News.