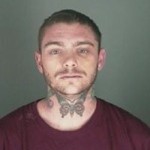 Former child actor Brian Bonsall, who you’ll probably remember as the sweet kid known as Andy Keaton on the classic television show “Family Ties,” is all grown up and acting like a tough guy you don’t want to know. The 28-year-old Bonsall has been arrested in Boulder again, this time for investigation of third-degree assault after a fight in an apartment (via 7News). The victim claims Bonsall hit him with a broken wooden stool; Bonsall allegedly counters, saying he was so drunk he doesn’t recall what happened in the clash with his “best friend.” Bonsall, who now lives in Westminster, graduated from Boulder High School in 2000. Since then, he’s had a couple of run-ins with authorities, including an arrest for drinking and driving in 2004 and an assault on his girlfriend in 2007. He was also wanted for skipping a court date and violating probation conditions, notes The Associated Press.