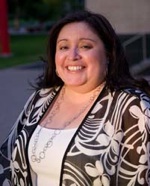 Last night, the Denver Public Schools board considered a range of reform issues involving low-performing schools, including the closures of Phillips Elementary and Skyland Charter schools.

But, as Westword points out, the meeting’s agenda also called for the swearing in of three new board members, “leaving incoming representatives…to either endorse their predecessors’ actions or try to alter some or all of them.”

Although the outgoing members had hoped to leave a legacy by voting on the controversial items before the new members were seated, incoming board member Andrea Merida refused to let that happen, resulting in a meeting that was a “bit heated,” writes 9News. Having being sworn in before the meeting started, Merida (left) took her seat, which came as a shock to her predecessor, Michelle Moss, who disagreed with Merida on some of the reform issues at stake.

“People just cannot believe she would be this disrespectful and this blatant in her attempt to deny my votes,” Moss says.

In the end, the board approved major changes to six low-performing schools, according to Fox 31, including the closures.