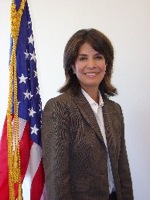 With Republicans probing to find out whether she accessed a restricted criminal database in 2006 to help Governor Bill Ritter’s campaign, Stephanie Villafuerte is no longer seeking the prestigious job of Colorado’s next U.S. attorney.

In a letter, Villafuerte admits no wrongdoing, but rather says, “unfortunately, a needless and extraneous political fight has emerged in Colorado and that fight, in my judgment, has completely overshadowed the deliberative and independent assessment of my qualifications for this important office” (via The Pueblo Chieftain).

The odds seemed to have been turning against Villafuerte. On Friday, Alabama Senator Jeff Sessions had requested that Villafuerte’s nomination be delayed because her record was “incomplete,” notes Westword, which also pointed to political pressure from Colorado Congressman Mike Coffman, who asked U.S. Attorney General Eric Holder to consider an investigation. The Denver Post breaks down the details of the long-running political battle and provides a timeline.