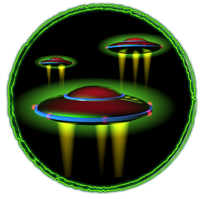 When rescuers in Colorado aren’t out chasing silver balloons that look like UFOs, they’re wondering just what the heck left cows bizarrely mutilated in Costilla County.

While the first phenomenon can be attributed to Richard Heene and his “balloon boy” hoax, aliens have not been ruled out in the second. And should it be the case that steak-loving aliens can be forgiven for their cattle rustling, Denver might just be poised to provide the welcoming committee.

The Denver clerk and recorder says a group that supports the creation of an Extraterrestrial Commission has enough signatures to guarantee a spot on the ballot next August 10, according to Fox31.

The commission’s job would be to “ensure the health, safety and cultural awareness of Denver residents and visitors and, ultimately, facilitate the most harmonious, peaceful, mutually respectful, and beneficial coexistence possible between extraterrestrial intelligent beings and human beings.”

The New York Times writes that Jeffrey Peckman, the 55-year-old Denver man who is sponsoring the measure, claims no personal contact with aliens, although he did see a mysterious green ball of light hang over Denver the night Michael Jackson died. For now, the campaign’s Web site acts as a flickering beacon for aliens, stating, “WELCOME TO EARTH.”

Colorado claims a fair share of alien encounters, as a 5280 profile of Stan Romanek details.