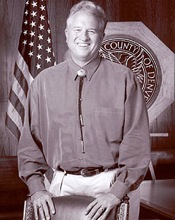 As expected, Denver’s City Council has agreed on sweeping new regulations to control the blossoming medical-marijuana industry, despite the objections of cannabis advocates.

The regulations require dispensaries that distribute the medicine to be licensed; impose 1,000-foot buffers by schools and child-care facilities; ban on-site consumption of the drug; mandate security procedures; and prohibit felons from opening a dispensary, according to The Denver Post.

Councilman Charlie Brown (pictured), who points out that hundreds of dispensaries are operating in the city with scores more vying to open, says the industry needs to be regulated. The rules require new dispensary owners to pay a $2,000 non-refundable application fee and $3,000 a year to renew their licenses.

“If you’re going to complain about paying taxes and fees, then maybe you shouldn’t be in business in Denver, as well,” Brown says (via 9News).