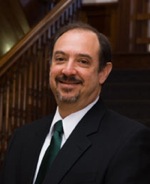 Facing cutbacks from the state Legislature, Colorado State University plans, once again, to raise tuition, according to the Fort Collins Coloradoan, which notes that CSU also hiked tuition last year.

“We’re skeptical that we’d want to go above that and skeptical that the Legislature and the governor would let us go above that,” says interim Provost Rick Miranda (left) of the move, which would net CSU about $13 million, a “substantial” portion to be set aside for need-based financial aid for students hit hardest by the tuition increase.

Meanwhile, CSU has released its second annual Financial Accountability Report, which finds that total revenue for the university grew 35.8 percent, to $815.5 million from fiscal year 2005 to fiscal year 2009. The report points out that CSU ranks 11th among 12 peer institutions in the amount charged for resident undergraduate tuition, with North Carolina State University the lowest, according to the Northern Colorado Business Report.Â