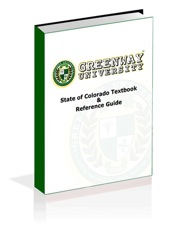 Given Denver’s “Green Rush,” Gus Escamilla figures it’s time to encourage Coloradans who want to go into the business to enroll in a medical marijuana university (via 9News). It’s called “Greenway University,” a place where students learn everything from cultivating plants to opening a dispensary, and Escamilla is touting a two-day course this weekend for those who want a primer, Westword reports. In an effort to address what City Councilman Charlie Brown (pictured) calls “the fastest-growing industry” in Denver, members of the Denver City Council met last night, giving the preliminary greenlight to a slate of regulations, reports The Denver Post. The rules, which limit how close dispensaries can be to schools and other dispensaries, among other things, will probably end up in Greenway University’s textbooks. Perhaps some courses on safety will make the curriculum as well. This morning, Denver police are investigating a shooting death connected to a medical marijuana transaction (via 7News), one of many dispensary robberies in recent months. It’s a rising concern. At least 390 dispensaries have applied for licenses to sell medical pot, the city’s treasurer, Steve Ellington, tells 7News, meaning dispensaries now outnumber Starbucks outposts by nearly 2-to-1. Moreover, Denver’s dispensaries-per-capita rate, one for every 1,535 residents, is larger than Los Angeles’, at 4,065.