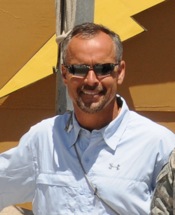 What is it about the Denver Broncos that keeps them in the headlines for all the wrong reasons? The latest iteration of drama derives from the fact that defensive coordinator Mike Nolan and head coach Josh McDaniels have “mutually agreed to part ways,” writes The Denver Post.

Nolan (right) was in town just one year and seemingly turned an ailing defense around. Nobody believed he could change the team’s fundamental defensive philosophy (from a 4-3 to a 3-4) in one season, but that’s exactly what Nolan did.

The Post cites “an NFL source” who says the two coaches never argued—even as the team’s performance waned after a 6-0 start to finish 8-8—but over time, the philosophies of the two coaches began to clash. McDaniels wants autonomous control over everything, and Nolan wanted to run the defensive squad and make personnel decisions.

Nolan will now take his considerable skills to another team, most likely the Miami Dolphins, reports The Miami Herald.

The move reinforces McDaniels’ reputation as an autocrat who has to be surrounded by yes-men and loyalists. Beyond this being the third coach to leave McDaniels’ staff recently—following running backs coach Bobby Turner and offensive line coach Rick Dennison—it shows more inconsistency in a team that desperately needs some.