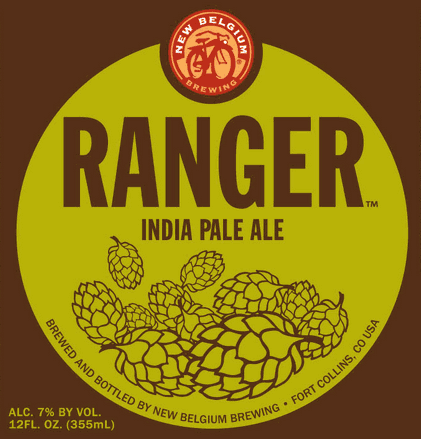 Like most people, I hate being proven wrong—except when it comes to one thing: beer. And New Belgium Brewing Company has done it to me again.

As I’ve noted here before, I’d never been a fan of New Belgium’s beers until the release of Hoptober last fall. The brewery’s offerings always hit my palate as too sticky-sweet. But after trying the brand-new Ranger IPA, I find myself doing virtual PR, sending out texts asking if friends have tried it and g-chatting unsolicited reviews.

Ranger, I’ve been crowing to anyone who will listen, is a completely crisp, clean IPA. While I don’t tend to love the malts New Belgium uses, this hoppy brew is notably balanced using multiple hops: Cascade (which have a citrus flavor), Chinook (floral aromas and citrus flavors), and Simcoe (fruity).

The beer will be offered year-round as a part of New Belgium’s lineup. Congrats to the brewery for keeping this new convert: I’m officially on Team Ranger.