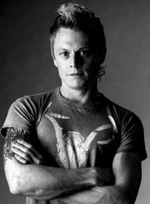 Local athletes and politicians may capture much of the national spotlight when it shines on Denver, but I’m more interested in our fashion community’s reality TV debuts. Right now my eyes are on Matthew Morris as he takes his star turn on season three of Bravo’s hairstyling competition, Shear Genius. Follow our determined and talented hero as he avoids the creative pitfalls developed by the celebrity judges, as well as the general bitchiness of the other contestants. If you missed the recent premier, catch up on all the cutting, styling, and backstabbing at bravotv.com/shear-genius. Shear Genius, Wednesdays at 8 p.m. on Bravo. Matthew Morris Salon, 277 Broadway, Ste D., 303-715-4673, matthewmorrissalon.com.