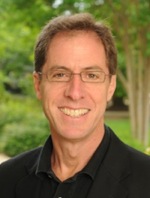 Fox News’ Greg Gutfeld takes a pot shot at climate-change experts, calling them a bunch of “confused bumble-heads.” The Wall Street Journal, meanwhile, wants to know why the “bright side of global warming” seems to be glossed over in analysis by the United Nations. No wonder the American public’s concerns about global warming have decreased sharply since 2008. They think scientists are in total disagreement over the issue of climate change, reports UPI, even though “the scientific evidence is clear that climate change is real, human-caused, and a serious threat to communities across America,” says Edward Maibach, director of the Center for Climate Change Communication at George Mason University. If you don’t trust Maibach, perhaps you’ll listen to leaders of Colorado’s $2-billion-a-year winter-sports industry—people like Auden Schendler of the Aspen Skiing Company. He’s among several industry interests worried about the state’s oddball winter weather, including possible shorter winters and rain instead of snow in the spring. His main concern: money. Colorado’s ski areas don’t begin turning profits until March, and “if you lose March in the ski industry,” he tells the Associated Press, “you go out of business.”

The industry—joined by a vast coalition of environmental groups, hunters, and American Indian tribes—is raising concerns with officials, including the White House. Schendler says a major solution would be to replace coal-fired power plants with cleaner-burning fuels, chiding Congressman John Salazar, a Colorado Democrat who represents western Colorado, for joining a congressional caucus that is exploring so-called “clean-coal” technology. Salazar also voted against a House bill targeting climate change (which nevertheless passed), saying it was too expensive. That doesn’t win points with Schendler. “We think he shouldn’t try to fund-raise in Telluride or Aspen,” Schendler warns.