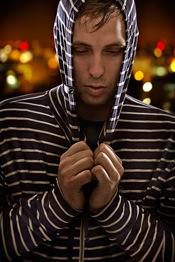 For five years, Adam Lancaster has hosted an unsanctioned “Mile Hi-Fidelity” party at the annual South By Southwest festival, which started last week in Austin, Texas, and continues through March 21.

Lancaster’s show at the Habana Calle 6 club on Friday will feature a slew of bands, such as Slim Cessna’s Auto Club, Nathaniel Rateliff, and Paper Bird, among others, reports The Denver Post.

While about 25 bands are heading to the massive cultural gathering for renegade parties like Lancaster’s, 15 local bands and DJs will play official, industry-watched SXSW showcases.

“We notice over time that certain places, for a variety of reasons, become musical hot spots,” says Brent Grulke, creative director at SXSW. “It’s quite obvious now that there’s a real resurgence going on in Denver and Boulder.”

Denver’s growing success is linked to bands such as the Fray, 3OH!3, the Flobots, and Pretty Lights (Derek Vincent Smith pictured), although PL hails originally from Fort Collins, which is also increasing its SXSW presence this year with its own unofficial showcase, dubbed SpokesBUZZ.

According to Scene Magazine, one of the event’s various sponsors, including the City of Fort Collins and New Belgium Brewing, among many others, “The showcase will not only feature some of Fort Collins’ finest musicians, but attendees will also experience a sampling of other elements that make our community buzz, like bikes, locally brewed beer, and green living.”

As for Pretty Lights, the wildly popular electro duo fresh off a spin through the UK and plugging a newly released album, played a handful of sold-out shows along the Front Range over the past week that featured hip-hop notables, such as Bay-area rapper Lyrics Born. The group also recently added a show at The Republic to the SXSW electronic/dance lineup.