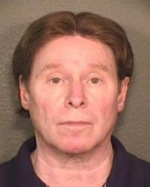 Back in January, Vance Fulkerson, the former University of Northern Colorado drama professor accused of secretly videotaping young men as they used his bathroom, pleaded guilty to charges that allowed him to avoid a drawn-out and likely embarrassing trial. The former prof admitted to one felony count of sexual exploitation of a child, as 16 other charges were dropped. Yesterday, the saga came to an end, as Fulkerson’s attorneys tried to paint a picture of a mostly good man who had gone astray. And the 64-year-old Fulkerson finally spoke to the court, apologizing for what he had done. “I am ashamed of my secretive fantasizing, and I pray that its disclosure does not invalidate my previous attempts to foster their belief in themselves and their talent, and I apologize to them sincerely from the bottom of my heart,” he said (via 9News). “First and foremost, there was nothing they did that was a direct cause or in any way justified my behavior; my misuse of their presence in my life was purely the consequence of my own distorted thinking and immersion in fantasy. Nothing they did caused this.”

But his statements seemed only to anger his former students, reports Denver Post theater critic John Moore, who points out that “many alumni believe an internal investigation into the theater program following Fulkerson’s arrest was half-hearted, at best.” Thomas McNally, the head of performance studies at UNC, was somewhat more sympathetic: “I truly grieve for the peeping Tom victims. I’m confused, angry, and upset with my friend. His troublesome and unnatural actions were due at least in part to his abused past life, where coming out about his true sexual orientation was violently punished with beatings and extreme religion” (via the Greeley Tribune). Fulkerson, who faced a sentence ranging from probation to 12 years in prison, got four years behind bars and five years of parole. He will also be required to register as a sex offender upon his release (via 7News).