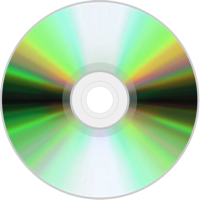 Before 2003, the gigantic Universal Music Group suggested retail prices for its CDs come in at $17-$19. But during 2003, the company, faced with the popularity of digital downloads from platforms such as iTunes, realized prices for those CDs were too high to compete, suggesting prices be dropped to about $13.

Seven years later, following another year of glum CD sales, UMG, the world’s largest recording conglomerate, says new releases should now be priced between $6 and $10, a move that would reduce profit margins on a range of artists from U2 to Lady Gaga.

The new prices are optional for retailers like Andy Schneidkraut, owner of Albums on the Hill in Boulder. Many shops are struggling and will find it difficult to comply, making them look like the bad guys.

“They’re suggesting I lower my prices to customers at a rate of around 10 percent, but they are not lowering my cost at an equivalent rate,” Schneidkraut tells the Daily Camera. “It’s going to drastically decrease my profit on CDs, and that’s the majority of my merchandise, unlike Wal-Mart, who depends on more than just music to survive.”

UMG’s price-per-album is meant to be more competitive with digital services, points out NPR, and the company hopes to increase overall sales volume to make the change profitable, reports Rolling Stone.