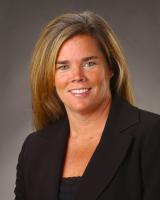 University of Colorado women’s basketball coach Kathy McConnell-Miller had a great 2007-08, going 19-15 and making it all the way to the semifinals of the Women’s National Invitation Tournament. But it was her only good year of the five she’s coached in Boulder, and now she’s apparently being shown the door.

Multiple press outlets report the school is in the process of buying out McConnell-Miller, and The Denver Post points out she was noticeably absent from a groundbreaking ceremony Thursday for a new men’s and women’s basketball and women’s volleyball practice facility. CU athletic director Mike Bohn calls the rumors “premature”—but the writing is on the wall.

The Buffs have gone 65-88 in five seasons with McConnell-Miller at the switch, with just that one winning record in 2007-08. The team posted losing records over the next two seasons, going a dismal 3-13 in the Big 12 in both years.

Boulder’s Daily Camera calls the situation “another awkward moment for CU,” saying McConnell-Miller should have been fired immediately after the Buffs lost in the first round of the Big 12 tournament a couple weeks ago. “Only CU could turn something so simple into such a difficult and convoluted process,” the paper writes. “[At CU] reality all too often seems to be on permanent vacation, and the school seems bound and determined to live up to Boulder’s reputation as the place where common sense is a myth.”

The Longmont Times-Call notes that McConnell-Miller signed a $350,000-per-year contract extension before the 2008-09 season, which was supposed to last through 2012-13. She’s apparently considering legal action, according to the Camera.

Meanwhile in Durango, no such drama is playing out at the tiny Fort Lewis College. The Division II women’s basketball team there has been on the rise for the last three years and will play in the division’s final for the championship tonight in St. Joseph, Missouri, hoping to land the school’s first championship (via The Denver Post). The school went 35-3 this season and is led by four seniors, all from Colorado, and all with more than 1,000 career points.

The team’s leading scorer, Allison Rosel of Colorado Springs, says the quartet has been playing together for four full years, which has contributed to the success: “If we win it, it will be amazing for us seniors and a great accomplishment for all of us.”