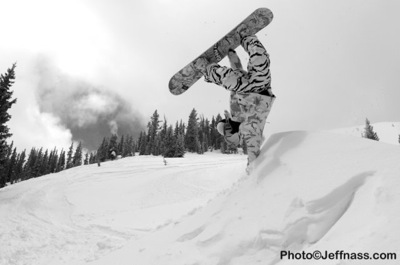 Although there are still a few weeks left of the 2009-10 ski and snowboard season at some resorts, early figures indicate mixed results for the number of visitors. Smaller resorts, such as Monarch Mountain or Sunlight Mountain Resort, tended to do well, while larger, destination resorts are coming to grips with a more complicated picture, reports the Ski Channel. The trade group Colorado Ski Country USA, which includes 22 resorts, says visits through the end of February were down by two percent from the same time last season (via The Associated Press).

Visits at Vail Resorts, which is no longer a member of Ski Country, claims visits through January were down by 1.6 percent from the prior season at its four resorts: Vail, Beaver Creek, Breckenridge, and Keystone. Just west of Colorado Springs, Monarch, a ski area that positions itself as laid-back and affordable, beat its old record of 176,000 visitors two seasons ago with around 183,000 this season.

“People see us as a place to go and ski without having to worry about the hustle and bustle,” says spokesman Eric Ramsey.

Despite a long closure of I-70 due to a massive rock slide recently, Aspen Skiing Company, which extended skiing for two more weekends in April at Aspen Mountain, expects skier visits to be up by a small, single-digit percentage this year.