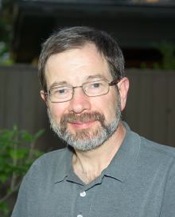 By the estimations of Boulder City Councilman Ken Wilson, public nudity is so provocative it could cause violence. Last night, he told his fellow elected officials that the city needs a new law to ticket participants in nude group events, such as the notorious Naked Pumpkin Run.

“We have had seven to 10 riots in this city in the last decade, and that’s not funny,” Wilson (pictured) said. “One of my concerns and the reason for this ordinance is the Naked Pumpkin Run has become a situation like that and could start a riot” (via Boulder’s Daily Camera).

While other members of the council seemed to disagree with Wilson’s assessment, views like his ultimately prevailed in a 6-3 vote to enact a law cracking down on public nakedness. People who disrobe in public can now be ticketed if they show their genitals in public—or even in their own homes if someone happens to see and be offended.

The law is meant to create a lesser punishment than “sex offender” for nakedness: Boulder city officials consider state penalties branding displays of nudity as sex offenses too harsh.

Catharine Pierce, who occasionally causes commotion in Boulder for gardening topless, seems to be in the clear, as long as she keeps her thong on. The new law places women on equal footing with men and their right to display man boobs (or “moobs”), placing no restrictions on women going topless.