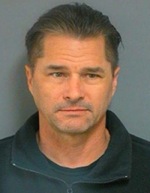 Richard Heene, the Fort Collins man who captured first the fears and then the anger of the world with his “balloon boy” stunt last year, is coming along quite well in terms of paying his debt to society.

Heene and his wife, Mayumi, who both pleaded guilty for their roles in the hoax, will pay about $36,000 in restitution to the authorities who responded to the incident, reports The Associated Press.

That’s a little less than the $48,000 agencies originally wanted for their services in the October 15, 2009 incident in which the Heenes reported their six-year-old son had gone adrift in a homemade, UFO-like, helium-filled weather balloon.

Richard Heene has already spent time in prison for falsely influencing authorities, and Mayumi Heene was sentenced to 20 days for filing a false report.