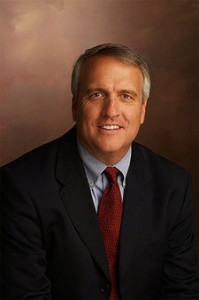 As expected, Governor Bill Ritter signed a $20 billion budget into law Thursday, keeping the state on track for highly contentious cuts. But the Democratic governor says the final budget represents a “shared solution” that deals with the state’s struggling economy.

In signing the legislation, Ritter closes a roughly $1.3 billion projected revenue shortfall. The budget addresses some expenses with federal stimulus money, cuts $260 million from K-12 funding (the first cut since voters in 2000 approved Amendment 23, which established minimum education funding levels), and eliminates some $130 million in tax breaks, among other things, according to the Denver Business Journal.

“This is a tough budget that reflects tough times,” Ritter says in a news release. “We took a balanced approach to balancing the budget, and we called on everyone to share in the burdens and to share in the solutions. It’s a budget that maintains public safety, preserves the safety net, and protects our communities. It minimizes pain and upholds our commitment to the most vulnerable Coloradans—abused and neglected children, people with mental illnesses, and those with developmental disabilities, who rely on state services for their very survival.”

The budget—which goes into effect in July, the start of the next fiscal year—has left some school districts planning for layoffs, according to The Associated Press. Overall, the budget, which is paid for by tax dollars, is increasing by about $399 million, or six percent, and tax revenues are projected to go up by 5.8 percent in the new fiscal year. However, federal stimulus dollars are expected to run out.